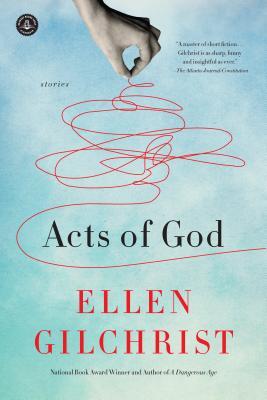 Her new work is filled with good people who show fortitude and even heroism under duress . . . In this age of edgy irony, her warm-hearted view of humanity is refreshing." --NPR.org In her first story collection in over eight years, National Book Award winner Ellen Gilchrist presents readers with ten different scenarios in which people dealing with forces beyond their control somehow manage to survive, persevere, and triumph, even if it is only a triumph of the will. From the very young to the very old, in one way or another, they are fighters and believers, survivors who find the strength to go on when faced with the truth of their mortality. And they are given vivid life in these stories told with Ellen Gilchrist's clear-eyed optimism and salty sense of humor. "Gilchrist manages to cut through the loud tussle of the world to present truths made even more striking by how conventional they are . . . The stories in Acts of God are great postcards from the world of Ellen Gilchrist. It's a world of war and strife and surprises, and it is, yes, marvelous to behold." --The New York Times Book Review "Refreshing, engaging, and inspiring." --Library Journal "Beautiful, smart, phenomenally rich." --Booklist, starred review "Gilchrist is at her best when the wry and satirical mood strikes her, especially when she is pricking the balloons of pride that the white Southern upper middle class inflates in its own honor . . . The best of the stories in Acts of God rank with the best in her first collection and in her second, Victory Over Japan, for which she was awarded a richly deserved National Book Award." --The Washington Post "The salty wit of [her] characters will make you laugh; their bravery can be breathtaking." --Birmingham magazine 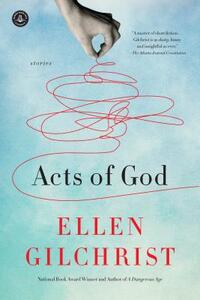