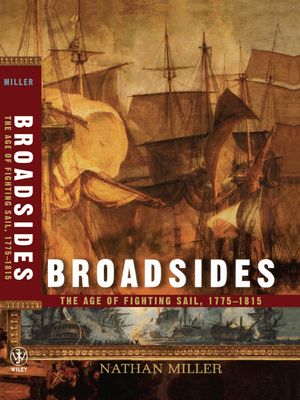 Pace the pitching black deck with a sleepless Admiral Nelson the night before battle bestows eternal rest and peerless immortality upon him; envision with Mahan the storm-tossed and ever-watchful ships-of-the-line that kept England secure from invasion; wonder in awe at Collingwood's dedication in working himself to death after Trafalgar elevated him to primary responsibility for England's imperial safety in the Mediterranean. All of this and more awaits the reader who will sail through these pages, every one of which is etched with the indelible expertise and boundless enthusiasm of Nathan Miller, master of naval history.--Kenneth J. Hagan, Professor of History and Museum Director Emeritus, U.S. Naval Academy, Professor of Strategy, U.S. Naval War College

This is not just inspired naval history--the personal lives of the seafarers themselves, from cabin boy to admiral, are given generous treatment.--The Times (London)

A wealth of detail...Descriptions of dreadful living conditions aboard cramped wooden vessels give way to bloody decks after close combat....A solid introduction to a turbulent era at sea.--Publishers Weekly

[As] a companion to the popular nautical novels of C. S. Forester and Patrick O'Brian--it succeeds brilliantly.--Daily Telegraph (London)

The descriptions of the great sea commanders and their battles display all the craft of the gifted writer....Read Broadsides for enjoyment as a well-informed, action-packed naval narrative.--The Christ Church Press 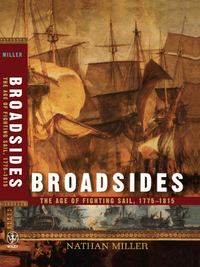