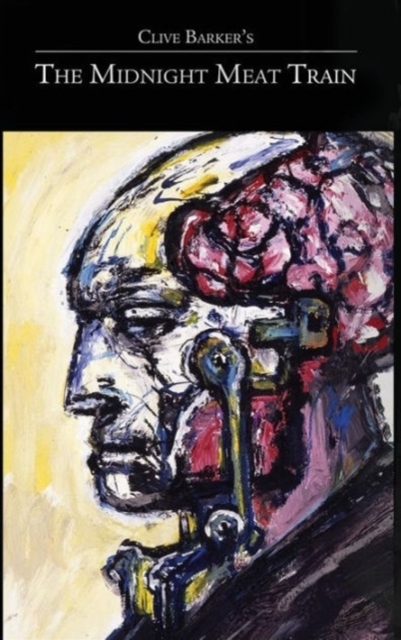 In 1984 the Books of Blood by Clive Barker were published and quickly gained a following worldwide. Literary eminences like Stephen King noticed early on the creativity and powerful prose throughout the Books of Blood, bringing Clive Barker's stories to the forefront of horror fiction. One of these stories was "The Midnight Meat Train" following one Leon Kaufman as he discovers the origins of a series of grizzly subway train murders in New York City... and the controlling forces behind it all.

Clive Barker's The Midnight Meat Train Special Definitive Edition brings the original story back with all-new material: a new afterword written by Clive Barker, seven color paintings based on the story by the author, a new introduction by Phil & Sarah Stokes, a foreword by the movie screenplay writer Jeff Buhler, the first complete commercial printing of the movie screenplay, never-before-seen photos, notes, sketches and more.

"What Barker does in THE BOOKS OF BLOOD makes the rest of us look like we've been asleep for the last ten years. . . He's an original." - Stephen King

"Clive Barker assaults our senses and our psyche, seeking not so much to tingle our spine as to snap it altogether." - Los Angeles Times

"Mixing elements of horror, science fiction and surrealist literature, Barker's work reads like a cross between Stephen King and South American novelist Gabriel Garcia Marquez. He creates a world where our biggest fears appear to be our own dreams." - Boston Herald

"Barker's eye is unblinking; he drags out our terrors from the shadows and forces us to look upon them and despair or laugh with relief." - The Washington Post