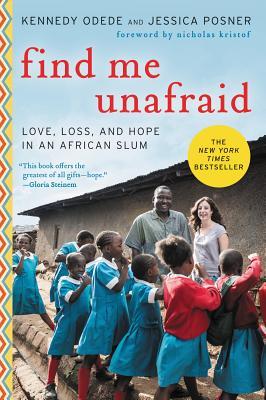 Love, Loss, and Hope in an African Slum

Growing up homeless in Kibera, a slum in Kenya, Kennedy Odede received a book of Martin Luther King's speeches that changed his life and inspired him to start Shining Hope for Communities, a local youth group. Several years later, irrepressible Wesleyan student Jessica Posner traveled to Kenya to work with SHOFCO. Soon, she and Kennedy fell in love. After returning to Wesleyan, Jessica discovered that Kennedy was threatened by political violence. She helped him escape by convincing Wesleyan's admissions committee to offer him a full scholarship.

Once they'd finished college, Kennedy and Jessica returned to Kibera to found a school for hundreds of its most vulnerable residents: girls. They later opened a sister school in another slum, Mathare. With help from the community and donors around the world, they also provide water, health care, and entrepreneurial programs to tens of thousands in both places, and are determined to improve the lives of countless more.

Tender and inspiring, Find Me Unafraid vividly illustrates the power we all have to impact the world, and stands as a testament to the transformations made possible by true love. 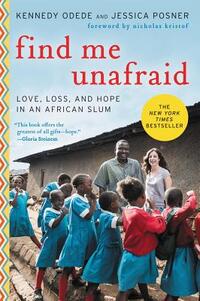