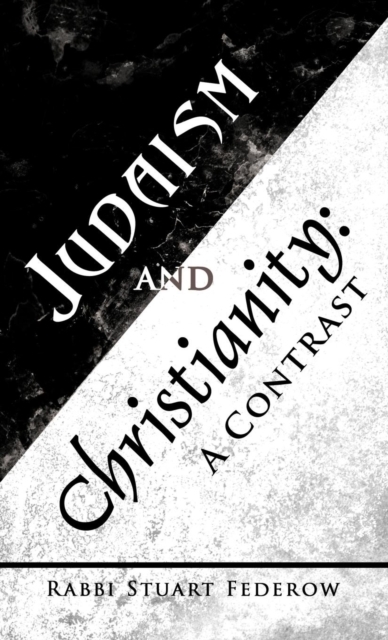 Many people focus on the similarities between Judaism and Christianity, but the religions are quite different-and it's not just because one accepts Jesus as the messiah and the other does not.

The rise of Christians calling themselves messianic "Jews," the successes of Christian missionaries, Jews ingratiating themselves to Evangelical Christians because of their support for the State of Israel, the overuse of the term "Judeo-Christian," and the increasing use of Jewish rituals in Christian churches, blur the lines between Judaism and Christianity.

Develop a better understanding of the irreconcilable differences between Judaism and Christianity, and where the two faiths hold mutually exclusive beliefs. You'll learn how

. Their views differ regarding God, humanity, the devil, faith versus the law, the Messiah, and more;

. Both faiths read the same Biblical verses but understand them so differently; and

. Missionary Christians use this blurring of the lines between the two faiths, and other techniques, to convert Jews to Christianity.

Real interfaith dialogue begins when those engaging in it not only speak of how they are similar, but also where they differ. Real understanding begins when the topics discussed are in areas of disagreement. Judaism and Christianity: A Contrastwill help you understand the Jewish view of these disagreements.
0 | 0 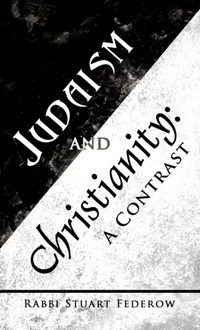