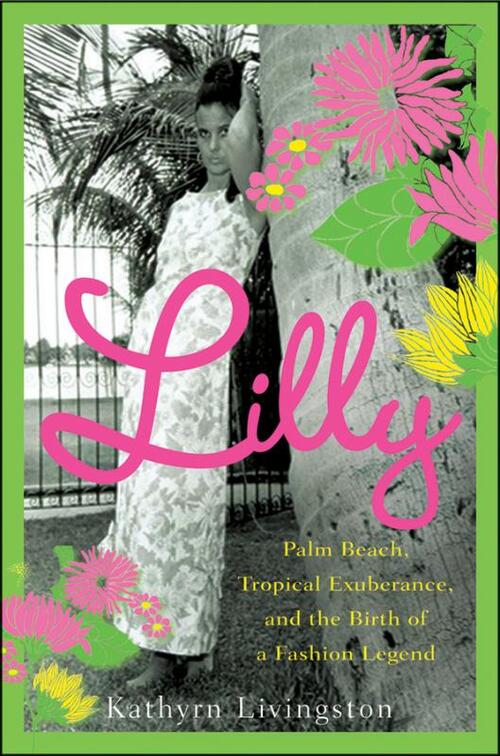 Palm Beach, Tropical Glamour, and the Birth of a Fashion Legend

Born into a legendary family surrounded by wealth and privilege, Lilly Pulitzer is an iconoclast who has become a fashion icon. Lilly's trademark colorful shift dresses defined high-society casual chic in the 1960s, and her brand continues to delight and enchant a whole new generation of women today. With "Lilly, " set against the glittering background of Palm Beach, Kathryn Livingston presents the first biography of this fascinating, complex, remarkable woman.

Always one to opt for the unconventional, Lilly dropped out of college after one semester to become a nurse's aide in Appalachia, then eloped with publishing heir Peter Pulitzer at age twenty and moved full-time to Palm Beach, one of America's most notorious enclaves for the very rich. Peter worked in the orange-growing industry, and Lilly began her career by setting up a fruit juice stand on the famously upscale Worth Avenue. Lilly started designing and wearing simple, colorful dresses to provide comfort while she worked under the hot Florida sun. The exuberant patterns of her shifts, known as Lillys, soon caught the attention of her wealthy patrons. Lillys became "the "Palm Beach snob uniform and were quickly adopted by her neighbors and socialite customers from all over who wintered in Palm Beach. After Lilly's former schoolmate First Lady Jackie Kennedy was photographed with her family wearing a Lilly in Hyannis Port, seemingly every woman in America wanted to have one.

Lilly Pulitzer is an intensely private person, and her often tumultuous personal life has been touched by more than its share of tragedy and scandal. "Lilly "examines in depth the many struggles Lilly has endured in her life. Lilly and Peter seemed to be the picture of domestic bliss but Peter's infidelities (revealed during the divorce from his second wife, Roxanne) and constant traveling tore Lilly and Peter apart. After her divorce, Lilly found new love with her second husband, Enrique, a patrician Cuban-American, and they enjoyed several years of happiness, but he died too soon.

"Lilly" is the story of a devoted mother who worked hard and created a thriving business at a time when most mothers, especially wealthy ones, didn't work. It is a story about exceptional luxury, love, betrayal, despair, and triumph. Featuring rare photos that reveal the guarded world of Lilly Pulitzer and her family and friends, "Lilly" combines a richly textured true tale of fashion magic and business success with a riveting tour of the lifestyles of the richest and most celebrated people in the spectacular resort known as Palm Beach. "Lilly "is a uniquely American story. 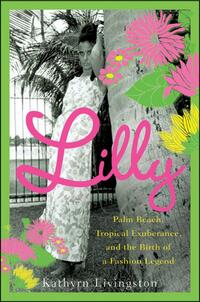