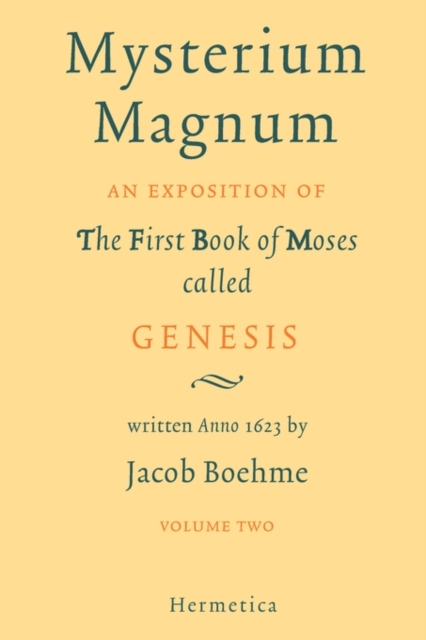 Jacob Boehme was born in 1575. He received little if any formal education and was apprenticed to a shoemaker at Goerlitz in Saxony. From an early age he seems to have been devoted to the study of the Bible as well as to have had a growing, inner, sense of the reality of God. Walking one day in the fields, when he was twenty-five years old, the mystery of creation was suddenly opened to him, of which he later said that "in one quarter of an hour I saw and knew more than if I had been many years at the university . . . and thereupon I turned my heart to praise God for it."

As experiences of this kind came more frequently, he puzzled much as to why such knowledge should be given to him, of all men, who sought only the love of God and was quite unlearned in the ordinary sense. Some ten years later he began to record what he received, as a help to his own memory, and thus was born The Aurora, his first book, finished in 1612. From then on he found both friends and enemies of his work. Due to persecution in his hometown, Boehme later settled in Dresden, where he died in 1624.

Mysterium Magnum, written by Boehme the year before he died and at a time when his powers of expression had developed to their full, is perhaps central to his work in some thirty-one or thirty-two original volumes. Taking the general form of an interpretation of Genesis, it far outstrips such apparent confines, touching among other matters upon the meaning of the New Testament and, from the first sentence, leading to the heart of the universal experience of all mystics:

Among those who have acknowledged the spiritual stature of Boehme are Hegel, William Law, St. Martin (le Philosophe Inconnu), Dean Inge, and Nicolas Berdyaev.
0 | 0 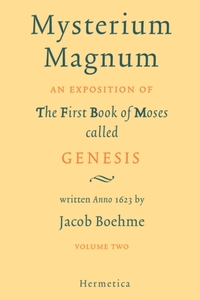