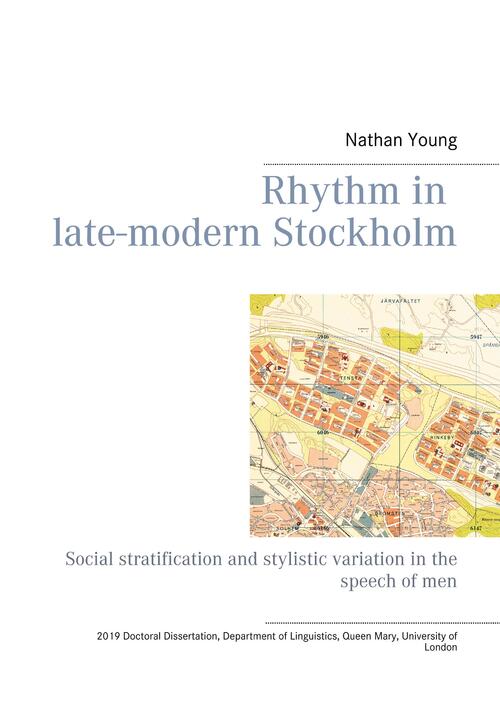 Social stratification and stylistic variation in the speech of men

Stockholm, an iconically late-modern city, is home to Europe's first-known multiethnolect - Rinkeby Swedish. Swedish-language researchers describe the variety as staccato, but rhythm has not been thoroughly investigated for any variety of Stockholm Swedish to date.

Not only does this study show that rhythm stratifies in the direction of staccato (low alternation) for the racialized working class, rhythm is also significantly high-alternation/non-staccato in the speech of the white working class. The former is interpreted to be a feature of multiethnolect; the latter a feature of Södersnack, Stockholm's industrial-era working-class variety. The higher classes produce an intermediate degree of rhythm in casual speech.

Working-class formal speech appears to target upper-class casual speech. Within the racialized working class, a generational difference was found. Those born before 1983 mainly achieve staccato with a reduction of accented vowels. Those born after 1983 achieve it by enlarging unstressed vowels. The change point coincides with significant socio-historical transformations that occurred when the speakers were in adolescence.

In all styles, younger speakers of any background have more staccato speech than older speakers of the same background. It is proposed that this is due to the diffusion of contact prosody, for which multiethnolect is one key conduit.
0 | 0