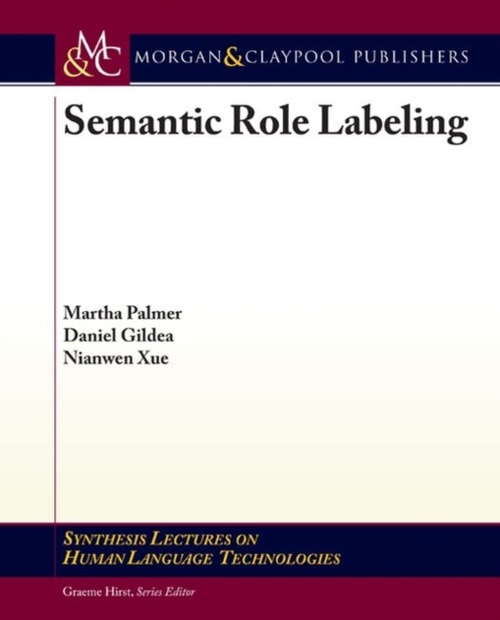 This book is aimed at providing an overview of several aspects of semantic role labeling. Chapter 1 begins with linguistic background on the definition of semantic roles and the controversies surrounding them. Chapter 2 describes how the theories have led to structured lexicons such as FrameNet, VerbNet and the PropBank Frame Files that in turn provide the basis for large scale semantic annotation of corpora. This data has facilitated the development of automatic semantic role labeling systems based on supervised machine learning techniques. Chapter 3 presents the general principles of applying both supervised and unsupervised machine learning to this task, with a description of the standard stages and feature choices, as well as giving details of several specific systems. Recent advances include the use of joint inference to take advantage of context sensitivities, and attempts to improve performance by closer integration of the syntactic parsing task with semantic role labeling. Chapter 3 also discusses the impact the granularity of the semantic roles has on system performance. Having outlined the basic approach with respect to English, Chapter 4 goes on to discuss applying the same techniques to other languages, using Chinese as the primary example. Although substantial training data is available for Chinese, this is not the case for many other languages, and techniques for projecting English role labels onto parallel corpora are also presented. 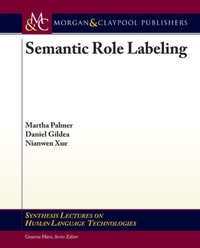