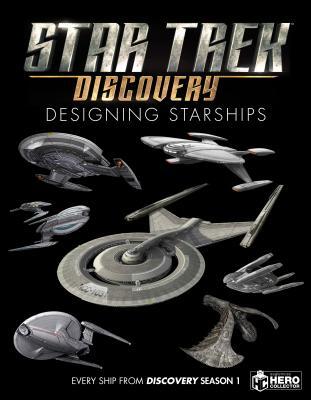 The third volume in this acclaimed series focuses on the J.J. Abram's Star Trek films - featuring nearly 20 ships, including the new Enterprise!

Explore the process behind the creation of the ships features in the Star Trek, Star Trek: Into Darkness and Star Trek: Beyond films. This is the story of how some of the most talented designers in Hollywood created STAR TREK's starships from the first sketches to the finished models that appeared on screen.

This book covers nearly 20 new ships from the modern STAR TREK movies, from the new Enterprise to a fleet of Federation ships that was barely seen. Along the way it covers the thinking behind Klingon and Romulan ships and the heavily-armed U.S.S. Vengeance.

Ships included: U.S.S. Enterprise, U.S.S. Enterprise-A, Narada, U.S.S. Kelvin, Spock's Jellyfish, U.S.S. Yorktown Space Station, and many more. Includes 6 ships that were designed for the final sequence of Star Trek: Beyond which were not used and have never been seen before.
0 | 0 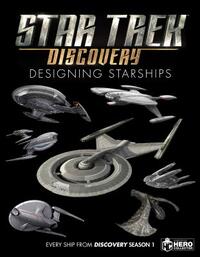