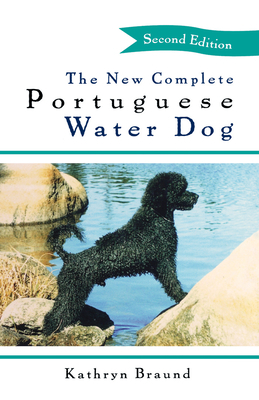 From Uncharted Waters to Safe Harbor
When The Complete Portuguese Water Dog first appeared in 1986, it may have appeared like a voyage into uncharted waters to publish a book on a breed that had so recently faced the specter of complete extinction. In spite of the risks, the book was published, thrived and became the prime reference in the English language for this gallant canine sailor. As the assets of the C?o d'?qua became known to an ever-widening circle of friends, the book became ever more important as a learning tool. However dogs change, people change and events change ongoing history. Eventually, even the greatest book will benefit from a revision; so it is with this book.

Now The New Complete Portuguese Water Dog reprises the great milestones in the breed and documents the momentous progress the Portuguese Water Dog has made over the past decade. This edition tells the story of the once obscure breed that now has found safe haven in homes, show rings and performance arenas wherever fine dogs bring pleasure.

In The New Complete Portuguese Water Dog, author Kathryn Braund salutes the dogs in the limelight and also discusses the essentials of puppy and adult care, health issues, breeding, grooming, training for Obedience, Agility and Water Trials and gives fascinating insights into the Portie in other countries. In every way this exciting, new edition is a must have for every owner and admirer of this distinctive breed.
A Howell Dog Book of Distinction 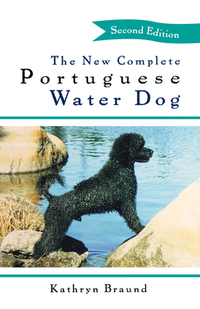