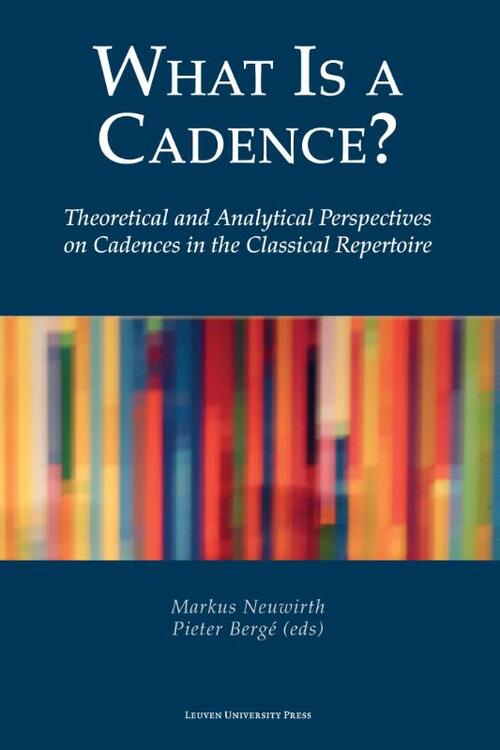 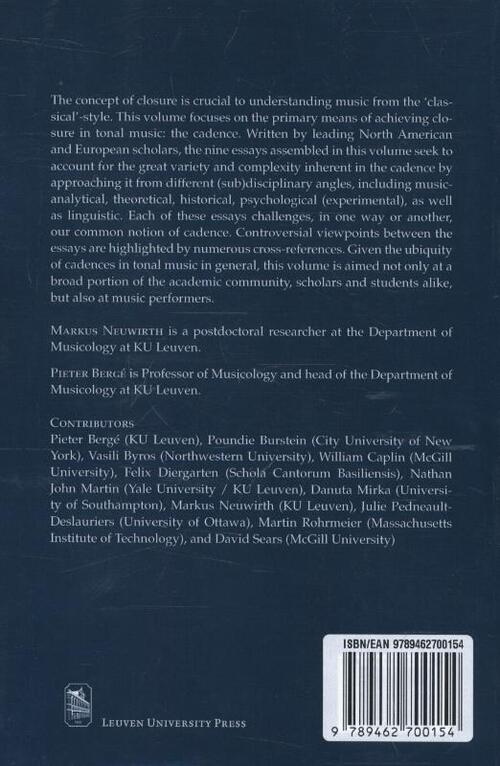 What is a Cadence?

theoretical and analytical perspectives on cadences in the classical repertoire

The variety and complexity of cadence.
The concept of closure is crucial to understanding music from the "classical" style. This volume focuses on the primary means of achieving closure in tonal music: the cadence. Written by leading North American and European scholars, the nine essays assembled in this volume seek to account for the great variety and complexity inherent in the cadence by approaching it from different (sub)disciplinary angles, including music-analytical, theoretical, historical, psychological (experimental), as well as linguistic. Each of these essays challenges, in one way or another, our common notion of cadence. Controversial viewpoints between the essays are highlighted by numerous cross-references. Given the ubiquity of cadences in tonal music in general, this volume is aimed not only at a broad portion of the academic community, scholars and students alike, but also at music performers. 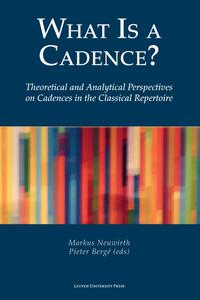